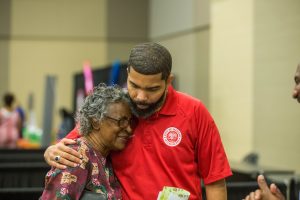 Office of the Mayor

On July 3, 2017, Chokwe Antar Lumumba became the 53rd mayor of the City of Jackson, Mississippi.  He was 34 years old, making him the youngest mayor in Jackson’s history.  He is an attorney, a husband, a father, and the son of two life-long community activists—the late Mayor Chokwe Lumumba and Nubia Lumumba. 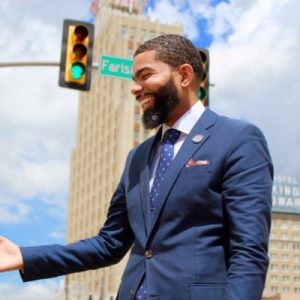 Mayor Lumumba earned his Juris Doctorate and a certificate in sports and entertainment law from Thurgood Marshall School of Law at Texas Southern University in Houston, Texas in 2008. After law school, he immediately returned to Jackson, Mississippi to serve with his late father, former Mayor Chokwe Lumumba at Lumumba, Freelon, and Associates. He litigated criminal and civil cases and represented various sports and entertainment clients for the firm. In 2013, he launched his own firm—Lumumba and Associates—a firm “Dedicated to Community. Invested in Justice.” Mayor Lumumba has a history of pro bono work as part of his commitment to providing community members with quality representation regardless of the ability to pay. He is a member of the Mississippi Bar Association as well as the Magnolia Bar Association.

Mayor Lumumba and the Lumumba Administration have advanced a number of important initiatives in the City of Jackson including:

Mayor Lumumba is the recipient of several awards including the National Black Caucus of State Legislators 2017 Nation Builder Award and more recently, the Frederick Douglass 200 Award in the area of politics, an honor bestowed upon him by Frederick Douglass Family Initiatives and the Antiracist Research and Policy Center at American University in Washington, DC. He has also been recognized as one of Mississippi’s Top 50 Most Influential Leaders, and The Root’s 100 Most Influential African Americans of 2017.

Mayor Lumumba is a faithful member of Free Christian Ministries and serves on the church’s leadership team.  He is married to Ebony Lumumba and the couple has two daughters, Alake’ Maryama and Nubia Ngozi.