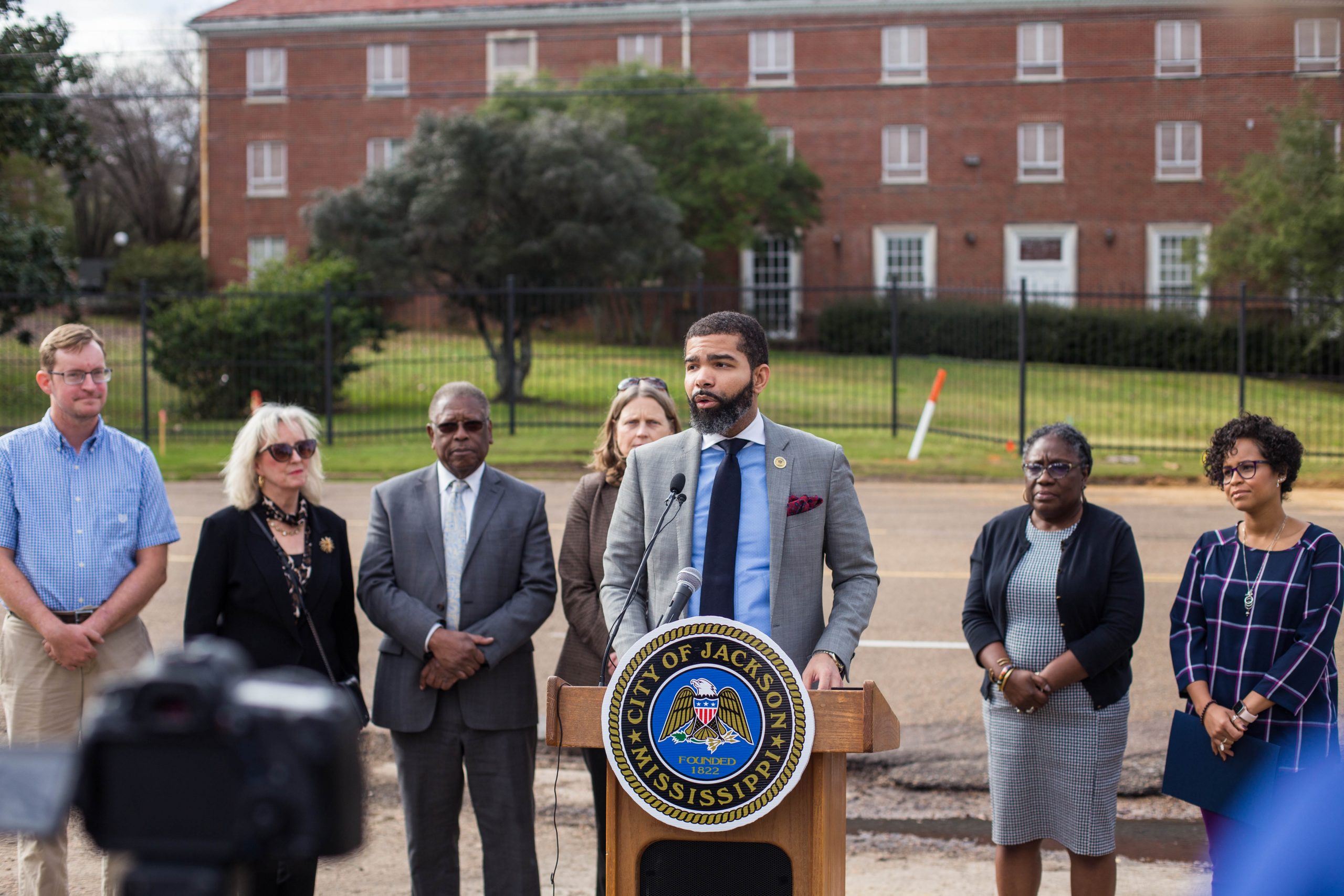 “We are excited to announce the commencement of this very important project on State Street. This project spans from Fortification to Woodrow Wilson. This is one of the more heavily trafficked areas in the City of Jackson. And, this is an area that not only serves our constituents and homeowners but the businesses that are near this area. It is not far from the UMMC medical center. We are also in close proximity to Milsaps College. So, we think that these projects are not only important for the quality of life for our citizens, but it is important for the ongoing growth of our city. It is important that as we tackle our infrastructure, that we turn our infrastructure into an economic frontier,” said Mayor Lumumba.

The project, costing just over $4 million, is part of the MPO and funded in part by federal dollars and the City’s 1% Sales Tax Commission.
The work, which began last week, will entail sidewalk replacement to meet ADA compliance, curb and gutter repair, road resurfacing, and other miscellaneous road project items.
The City anticipates the project to reach completion by mid to late summer.

This is the latest in a series of aggressive road resurfacing projects that the City of Jackson has taken on within the last two years.
The City is planning other road resurfacing work this year and has two design projects underway for work on Medgar Evers Boulevard from 5 points to MLK and Capitol Street from Prentiss Street to Boling Street. Designs for both are expected to be completed by late Spring.