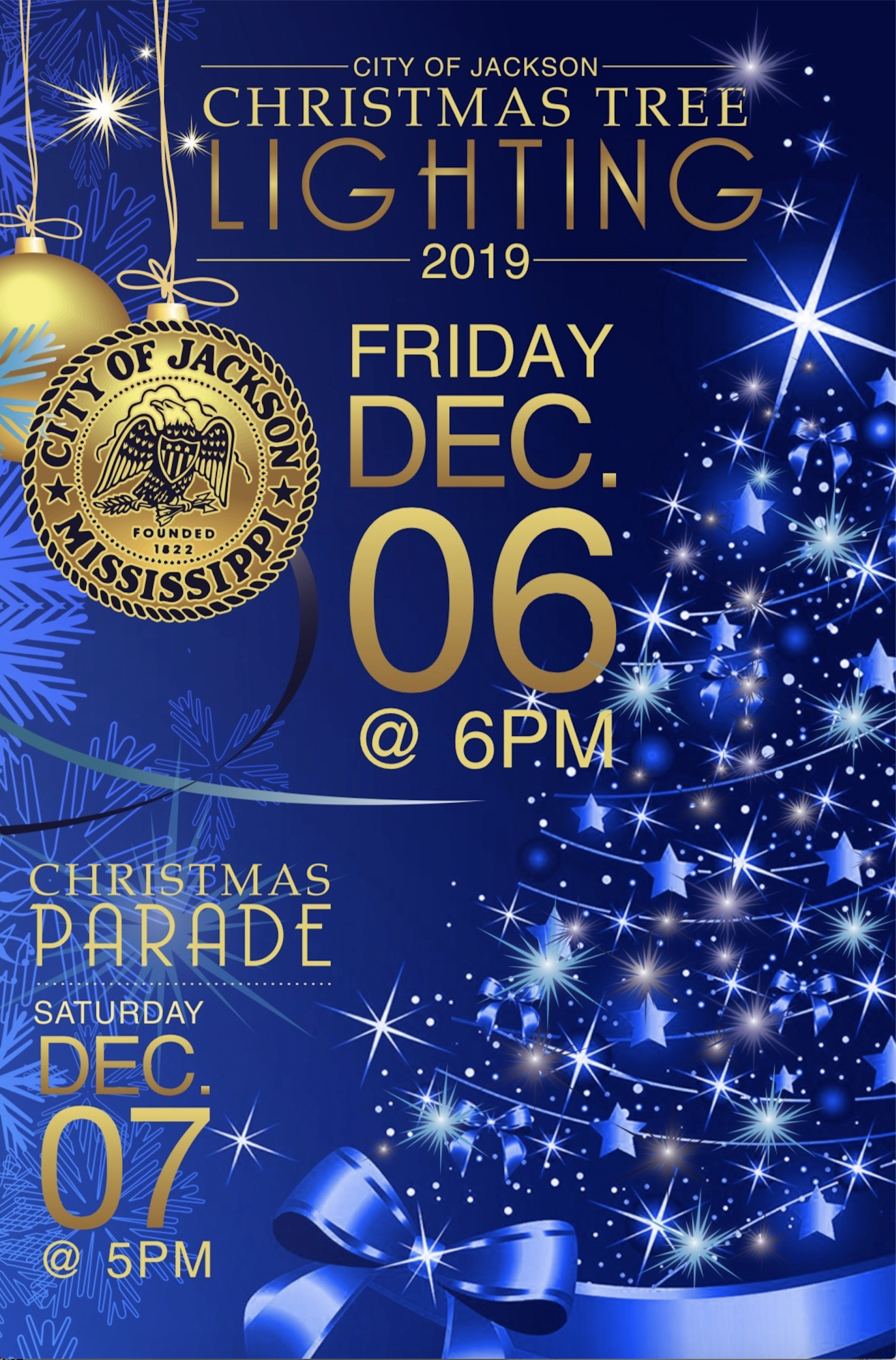 (JACKSON, Miss.) – It’s the most wonderful time of the year here in Jackson as we invite everyone to partake in the holiday spirit with our production of Winter Nights & Magical Lights.

This two-day event will showcase the City of Jackson’s annual Christmas Tree Lighting on Friday, December 6th at 6:00 pm at City Hall, followed by our Christmas Parade which will take place in the evening on Saturday, December 7th at 5:00 pm.

The parade route will begin at the Fairgrounds and proceed throughout downtown.

Street closures will be as follows:

Residents should plan travel in advance to allow for delays due to road closures. Please see the parade route that’s attached to the email.

This year’s Christmas Parade will be emceed by Fox 40 News Anchor, Melissa Faith Payne, and local influencer, ‘Teezy’ Thomas and will feature a contest for the best parade float.

We hope you’ll join us to spread some Christmas cheer as we usher in the holidays!