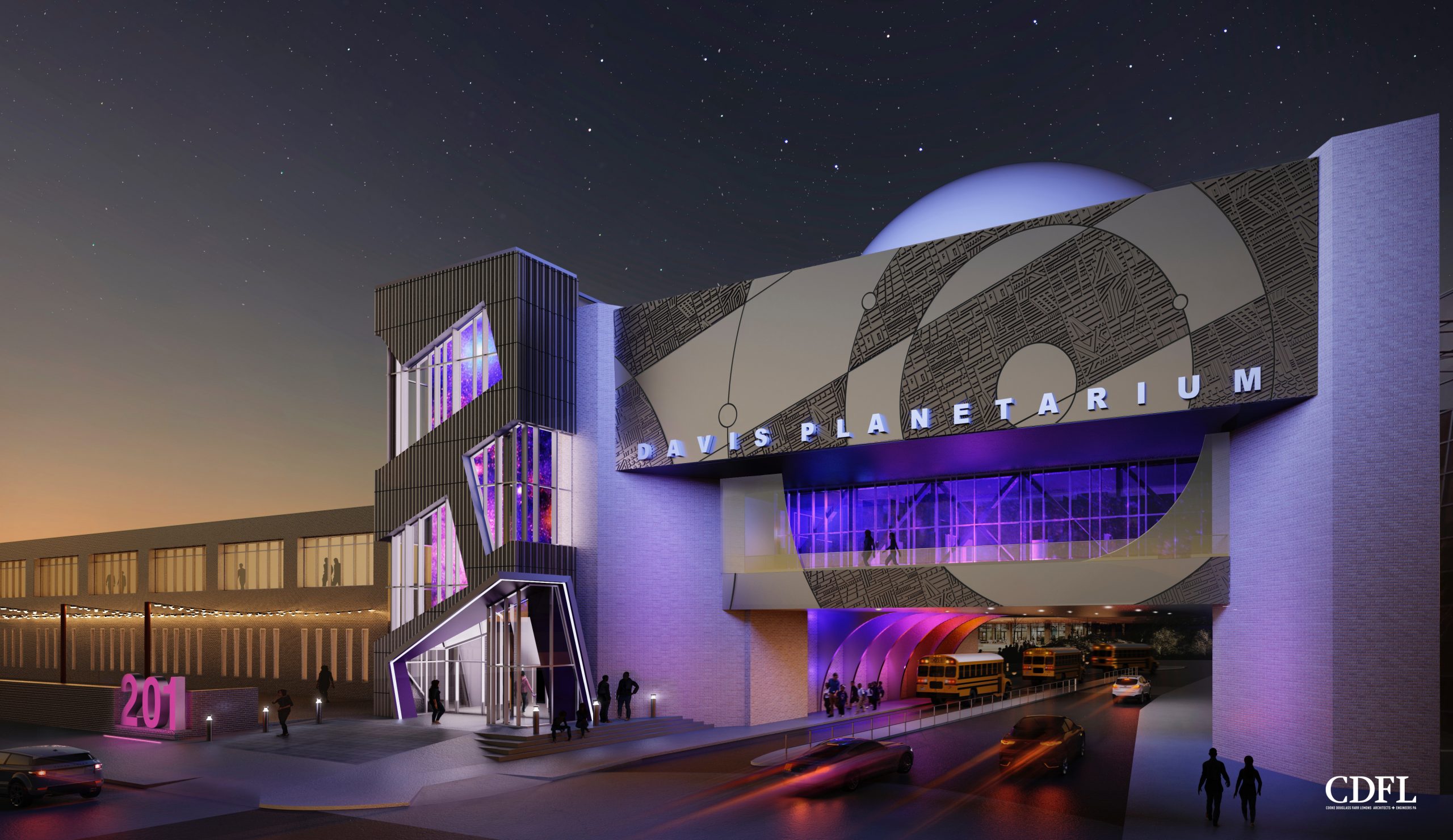 “The Planetarium has been closed since April 2018 due to a roof leak and interior damage. Now that the leak is fixed and we have a dry building, there is an opportunity for the Planetarium to have its first full renovation in the last 40 years. While we are excited about the history of this Planetarium, we are even more excited about the next 40 years. With that, we’re going to showcase what we are doing now, how you can get involved, and what the future will look like. The City is committed to this project of ensuring we will be one of the top national planetariums for the next 40 years. If the funding continues to come through, our aim is to reopen the planetarium in April 2022.”

During his remarks, Planetarium Manager, Mike Williams explained that over the years, the Planetarium has established itself as an iconic part of the downtown landscape. “From school field trips to medical teleconferences, concert performances and comedy shows, to legislative panel discussions, the Planetarium has been unique among Jackson venues in our ability to serve a wide range of our citizens’ needs,” said Williams.

Deputy Director of Cultural Services, David Lewis said that the process of renovating the Planetarium will take time and money. “Over the past several months, we have been reaching out to various funding sources at the federal, state, and local level to gauge interest and the response has been remarkable. The City of Jackson has identified around $2.4 million in various funds to allocate for this project. Part of this includes the funds we have saved from the Planetarium’s annual endowment from the Marie R. Hoerner Foundation, previously planned improvements to HVAC/lighting upgrades, and an interior demolition. We have also placed a request to the State Legislature for funds, and applied for a federal grant. With a $100,000 seed funding grant from the Shackleford Fund at the Community Foundation for Mississippi, we have established a Friends of the Planetarium fund that will allow us to raise money for this effort,” said Lewis.

From now until the end of August, the Planetarium will be running a fundraising campaign, offering limited edition merchandise for sale to raise money for design work, exhibition design, and exhibition build-out. The City is also engaging all private businesses and philanthropic foundations who would like to make a more significant donation towards the Planetarium’s restoration. For more information on how to help with renovation efforts for the Planetarium, visit: www.yourplanetarium.com.