(Jackson, MS) – Tuesday, the City of Jackson announced the dates for The Fertile Ground Project Expo, a three-day event that is free to the public from April 9-11, 2020. In November 2018 the City of Jackson was selected as a Bloomberg Philanthropies 2018 Public Art Challenge winner. Jackson received up to $1 million for its project, “The Fertile Ground Project: Inspiring Dialogue About Food Access,” which aims to use public art as a tool for discussing the complexities of our food system in the city and the state.

The expo weekend includes a total of 30 events that are broken up into four categories: Exhibits, Workshops, Exchanges, and Food. Differing from a traditional expo, the events take place in various neighborhoods across the city experiencing food insecurity within spaces hosting public art exhibits. The art exhibits are responsive towards issues of urban food access. Events include the opening of the public art exhibits deployed within food-insecure areas across the city, a documentary about food access at the Alamo Theatre, performance art programs, food workshops, food policy discussions, and farm to table gatherings. During that weekend an interdisciplinary team of local and national artists, activists, food writers, landscape architects, filmmakers, farmers, chefs, nutritionists, community members, and organizations will come together to have conversations about the future of food in the city of Jackson. The goal of the Expo weekend is to not only be critical of the existing food system but offer new ideas and solutions for developing a more food secure environment for southern cities. We are inviting our local community and an interdisciplinary network of people working within the food space at the local, regional, and national level. The event is entirely free with the exception of a private fundraiser dinner at Foot Print Farms Saturday evening. 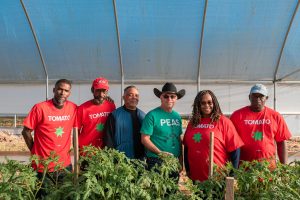 The public art installations will be located at Smith Park, the Farish Street Commercial District, Galloway Elementary, Foot Print Farms, The Slab on Mill Street, AND Gallery in Midtown, Mama Natures Juice Bar, Mississippi Museum of Art, and West Capitol Street. Each project installation is located within a USDA classified food desert. Many of the public art locations are positioned along the linear path of the railroad in the center of the city that has historically been the segregation “redline” between West and East Jackson. The installations alternate from the east to the west side of the track aiming to bring segregated communities together within public space to talk about food. Installations are intentionally situated in a variety of urban typologies ranging from government spaces, elementary schools, industrial parks, neighborhoods, and the countryside. Various art installations will remain on site until the end of the summer in addition to the conversations or events that will occur around them.

Mayor Lumumba said, “The city is overjoyed to have been selected in this process. This was a highly competitive grant where over 200 cities around the world applied to be a part of this Public Art Challenge. We are proud to be able to aid in the aesthetic appeal of the city while delivering a message of healthy eating for the citizens of Jackson. This is a truly remarkable opportunity and we are ecstatic and look forward to seeing this project come into fruition. 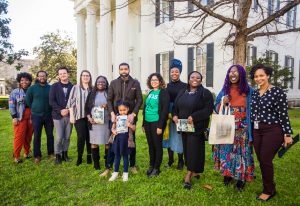 Since December 2018 the City of Jackson Planning Department has been working with a wide range of partners, artists, community organizations, and restaurants within the city to better understand what the barriers are that create food access issues within the city and how can we re-imagine a more food secure space. That work will be reflected in the installations and workshops during the Fertile Ground Expo and will extend past this event. To learn more about the Expo events, please visit the Fertile Ground Project website or visit their social media sites for daily updates leading to the Expo.

About the Public Art Challenge: