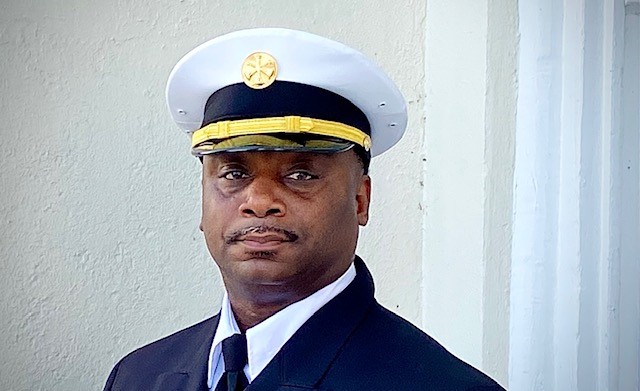 Percy Evans is the Chief Fire Marshal of the Fire Marshal’s Office.  Chief Evans is a graduate of Callaway High School located in Jackson MS.  After completion of high school, Chief Evans earned a full scholarship to play college football at Alcorn State University, home of the Braves.  Chief Evans’ Fire Fighting career began in the United States Air Force, where he received an array of national and state certifications.

Chief Evans started his career with Jackson Fire Department in 2007, and was stationed at Firehouse 28 (The Hood Rats).  Through many years of dedication and service, Chief Evans worked his way up through the ranks to become a Lieutenant in the Emergency Services Division.

Chief Evans joined the Fire Marshal’s Office in 2016, and was promoted to the rank of Captain in 2021. His duties and responsibilities are, but not limited to; enforcing fire codes, reading plans and building bridges between departments throughout the state. Chief Evans’ main focus is on safety for all fire fighters and the citizens of Jackson in their homes and work environment.