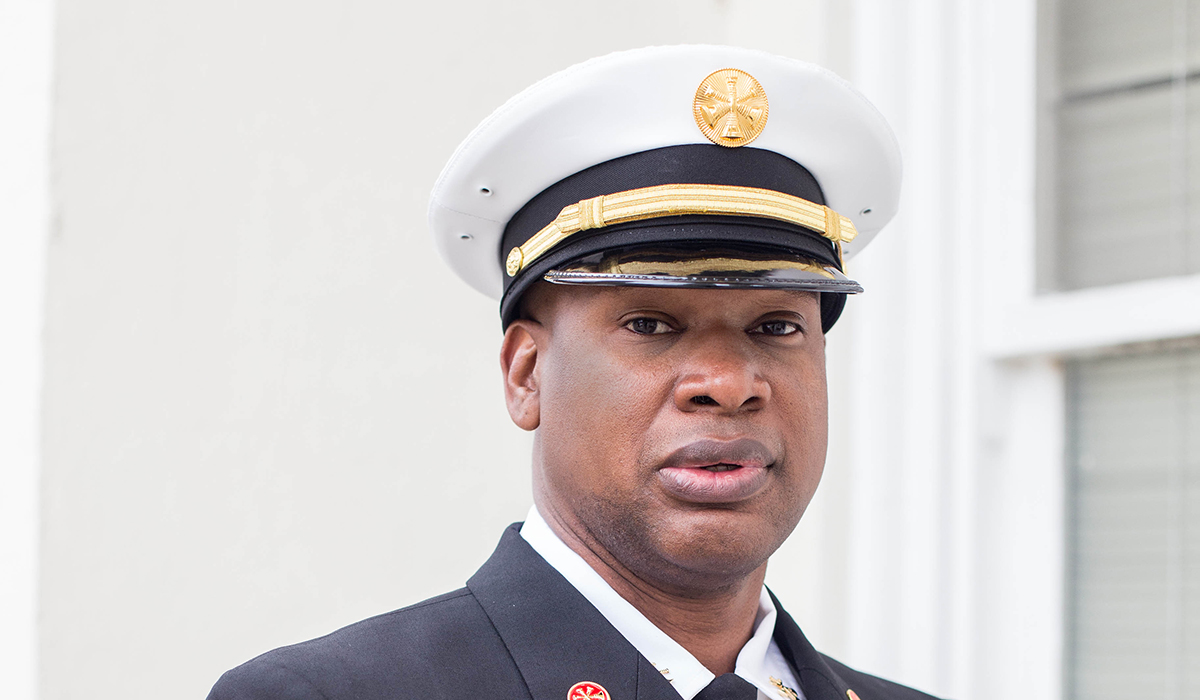 Elliott Holmes is the Division Chief of the City of Jackson Fire Marshall’s Office. He is responsible for planning, developing, directing, coordinating, and educating the public of the current International Fire Codes.

Chief Holmes began his fire service career with the Jackson Fire Department 0n March 23, 1998. Chief Holmes has risen through the ranks of the department and served in the following capacities: Firefighter, Relief Driver Operator, Fire Lieutenant, Fire Captain, and Deputy Fire Marshal. Throughout his fire service career, Chief Holmes has furthered his education, knowledge, and skillset by attending training courses and has received many certificates.

Chief Holmes ascertains that “Developing strong relationships is the foundation of everything I do, both professionally and personally.”
Outside of work, you can find him spending time with family and friends while cheering for the Tennessee Titans. #Titanup