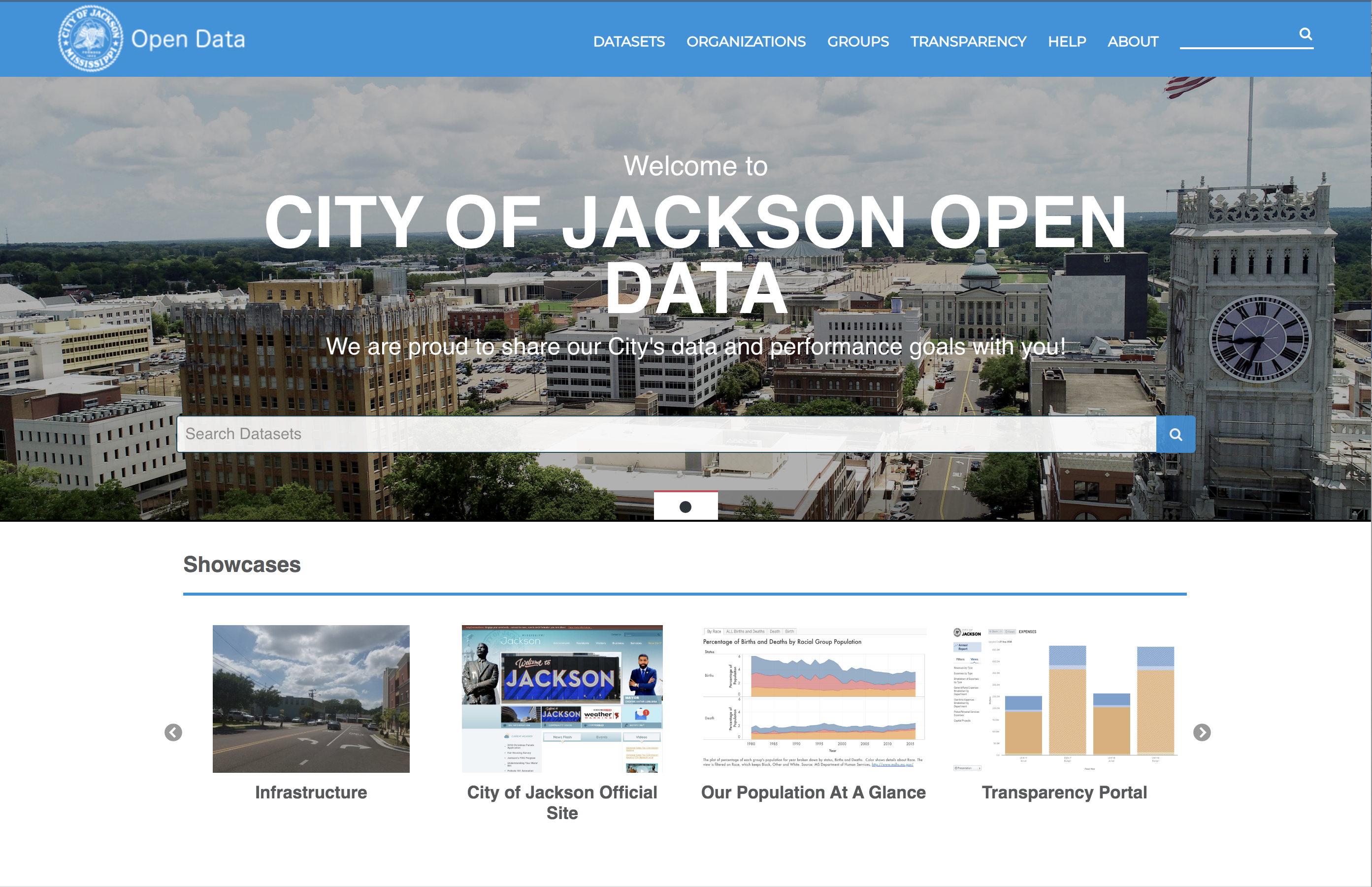 OpenGov will be used as a tool for transparency within the City of Jackson and to help the city further build its dignity economy.

(JACKSON, Miss.) – Monday, Chief Administrative Officer, Dr. Robert Blaine along with Data Scientist, Lacey Loftin, unveiled the OpenGov data portal for the City of Jackson. The OpenGov portal, which is open and free for the public to use, includes data compiled from federal agencies, including the US Census Bureau, and the City of Jackson’s digital systems.

“One of our goals in this work is to provide something more robust than what we’ve had historically. So, the ability to dive down into individual categories and to be able to access those numbers over a period of time, allows us to be able to both build on historical data and give clarity for where the numbers have been historically as well,” said Dr. Robert Blaine.

The OpenGov data portal includes vital information on a number of categories ranging from population and poverty data to crime incident data and 311 reporting. The site currently offers 43 different charts and tables as well as “showcases” which will allow the city to show stories based on the data provided.

Data Scientist, Lacey Loftin said, “We envision this tool to be used not just for transparency, but as a policy and advocacy tool to help guide NGO’s and organizations with the information they are seeking. As we continue to make OpenGov useful, city officials will release data as we discover and visualize it.”

Data found on the OpenGov website is also available to be downloaded or embedded for publication.  Future plans for OpenGov include integrating real-time data into the portal as the City of Jackson moves towards a more automated system.

To explore the OpenGov data portal, please visit open.jacksonms.gov .
For more information about the site, email Lacy Loftin at opendata@jacksonms.gov.