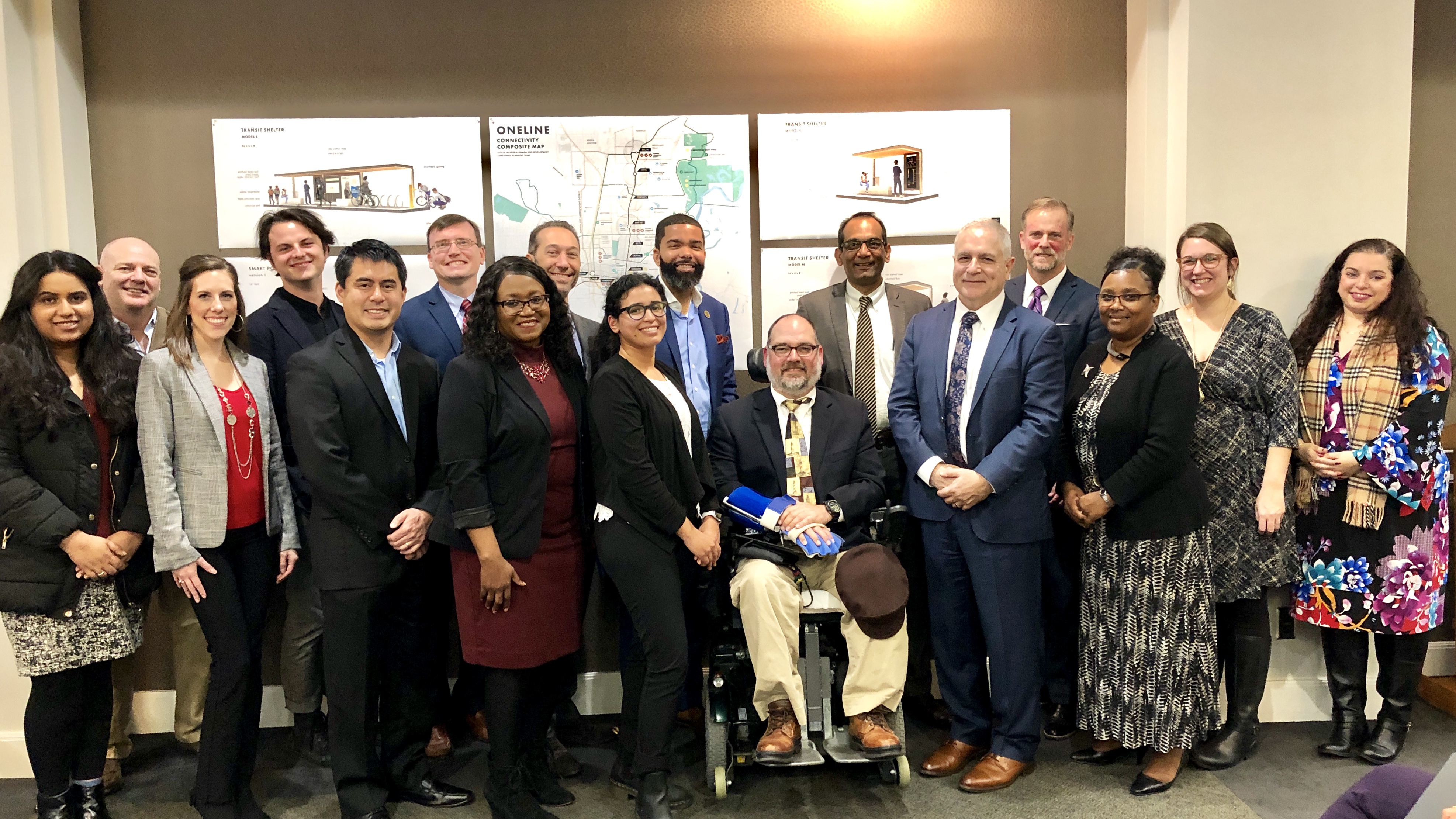 Jackson, MS – The Federal Transit Administration (FTA) announced that it has awarded a total of $16.6 million to 20 organizations around the country to support comprehensive planning projects that improve access to public transportation. The funds are made available through FTA’s Pilot Program for Transit-Oriented Development (TOD) Planning, which assists communities that are developing new or expanding mass transit systems. Among the 20 organizations the City of Jackson has been selected and will receive $1 million to plan for the ONELINE project, a 5-mile multi-modal corridor that aims to connect neighborhood nodes, institutions, and economic centers in central Jackson.

The ONELINE project will directly impact a 20 square mile area of the city stretching from Jackson State University to Downtown to Fondren. This core area contains the highest concentration of employment and institutions in the state. Some of the major institutions include Jackson State University, Millsaps College, Belhaven University, University of Mississippi Medical Center, Baptist Medical Center, along with the City, County, and State Government Offices. The ONELINE project has the potential to create new waves of investment in reshaping the development of the corridor and take advantage of demand for walkable-transit oriented urban spaces. The introduction of a bus rapid transit system (BRT) along the corridor will catalyze development and increase employment opportunities for the residents of Jackson.

Over the past year the Department of Planning and Development has been working on the ONELINE project with a steering committee made up of major institutions along the corridor which include University of Mississippi Medical Center, Millsaps College, Jackson ADA Council, Jackson State University, Fondren Renaissance, Belhaven University, and Downtown Jackson Partners.

Planning and Development Director Mukesh Kumar said, “We plan to move our city toward the model of Mobility-as-a-Service (MaaS). ONELINE is the major step forward in that direction. With the backbone of robust public transit, we expect to respond to the mobility needs of all citizens regardless of their physical, economic, and age status.”

To keep up with project updates please visit the ONELINE project page.