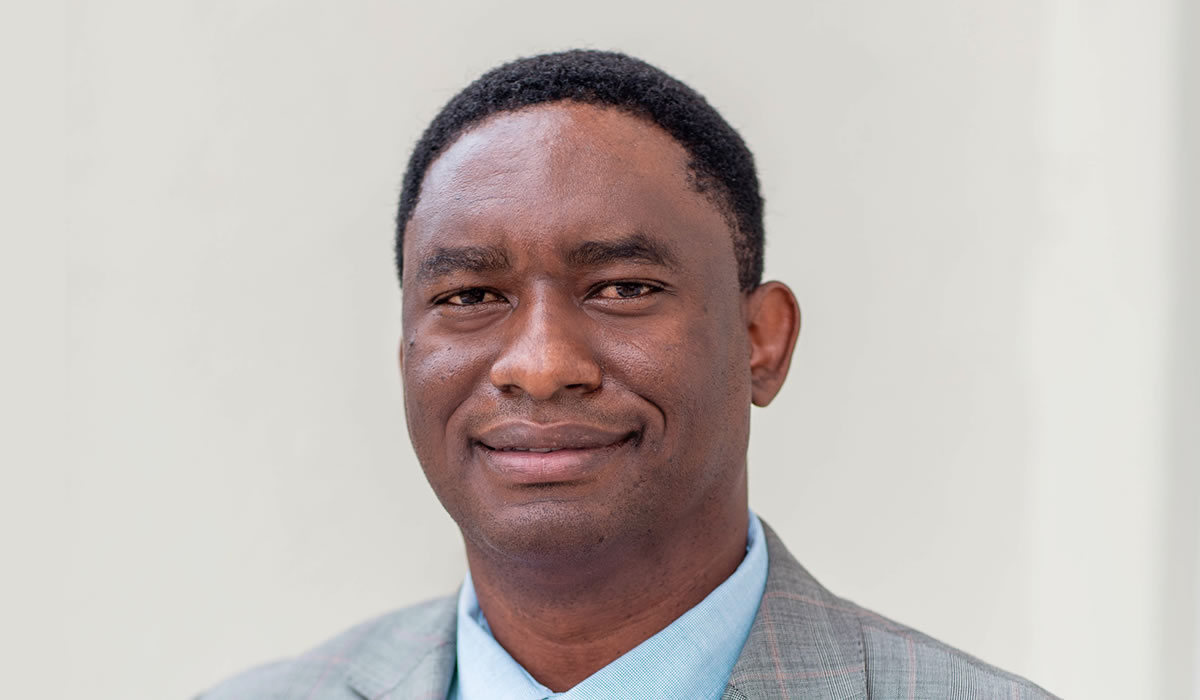 Fidelis Malembeka, Jr., now serves at the City’s first Chief Financial Officer (CFO).  The Administration recently deemed the establishment of CFO as a needed leadership role to move the City of Jackson forward in its goal to be more proficient in operations. The Administration is excited to have him in this capacity and is optimistic about the accomplishments to come.

Fidelis is a native of Zambia and hails from Tanzania, a country he represented in international golfing events. He is a proud graduate of Jackson State University where he majored in business and was a co-captain of the victorious Golf Team throughout his matriculation. The team’s success was highlighted in numerous media outlets including national brands such as HBO Real Sports and The National Golf Channel. In his senior year, Fidelis was honored with the award for holding the highest GPA amongst all male athletes and was the university’s representative in the NCAA Student Advisory Council.

Upon graduating from Jackson State University, Fidelis was offered a position with a local McDonald’s Franchise, My Joy Inc., He initially had oversight of the company’s human resources functions and later increased his responsibilities to encompass oversight of all administrative and strategic financial functions. His organizational successes included the operational and financial turnaround of the Jackson McDonald’s market, which realized quantum sales growth from $25 million in annual sales to $50 million in 5 years.

Fidelis attributes this tremendous success to the systems he helped lead and the enormous synergies of the human capital he enabled. Fidelis was responsible for leading the overall strategic position of the organization to achieve long-term sustainable value and financial strength. He was also instrumental in the process of downsizing the organization and leading the company in the strategic exit of the McDonald’s franchise system.

In 2018, Fidelis joined The Piney Woods School as the Chief Operating Officer, where he assumed the responsibility of overseeing the day-to-day operations of the institution and leading the execution of all the strategic initiatives of the vision plan. Some of his responsibilities include oversight of all organizational departments, financial management, facilities, grants management, and investment portfolio of endowed funds.

One of his strengths is bringing fiscal discipline and implementing a pragmatic business model. In 2021 during his tenure, for the first time in many years the organization was able to close out fiscal year with a surplus. His ability to lead team-based management has inspired human capital performance and the advent of technological implementation has created a seamless and efficient operational system throughout the campus. His use of data analytics has brought about a more objective decision-making process and better tracking of key performance indicators.

Fidelis is a graduate of Leadership Greater Jackson, is a Member of the Capital Area Human Resources Association, Society of Human Resources Association, and Jackson Professional Group. He previously served as a Board Member of Century Club Charities, the host Organization of the Sanderson Farms Golf Championship, which has an estimated economic impact of 30 million dollars to the State of Mississippi and benefits several Charities, including Friends of Children’s Hospital. During his time as Director of Friends of Children’s Hospital, a nonprofit organization created to benefit Batson Children’s Hospital at the University of Mississippi Medical Center more than $15 million was raised to improve children’s healthcare.

Fidelis is an avid golfer, and currently holds professional membership in the Zambia Professional Golfers Association, and the Sunshine Tour.  The tour is one of the six leading men’s tours which make up the International Federation of PGA Tours.

Fidelis is happily married to Precious, who is an accomplished golfer and former women’s golf captain of the Jackson State University Lady Tigers, and they have three children, Faith, Fidelis III, and Farah.  They attend Liberal Trinity Church of God in Christ and are members of The Country Club of Jackson.