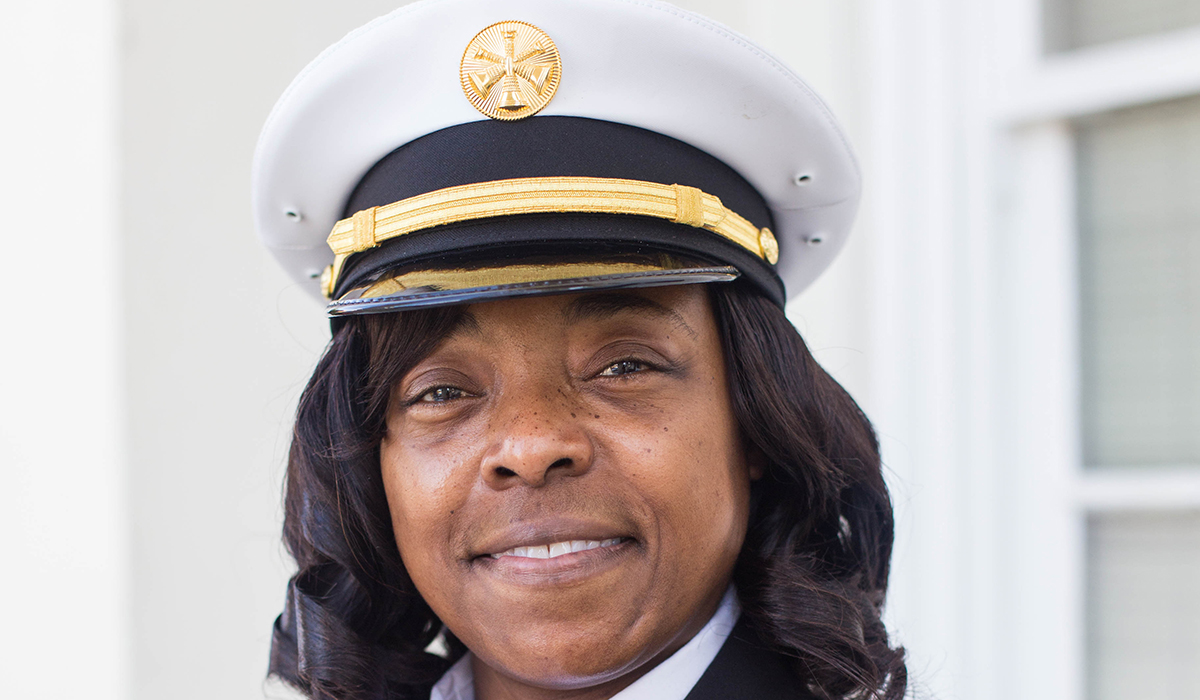 Division Chief Carmen Brocks was born in Jackson, MS to the union of Alex and Flora Jones, and is a 1986 graduate of Provine High School. She furthered her education at Southern University in Baton Rouge, Louisiana on a basketball scholarship and graduated in 1990.

Throughout her young adult life, Ms. Brocks was very active in sports and was known as a kind, caring, friendly and compassionate individual.  Not long after college, she decided to attend the Jackson Fire Academy to become a firefighter with much encouragement from her family. She also completed the course work with a B.S. Degree in Fire Administration with Columbia Southern University.

It was nine months when Ms. Brocks started climbing the ladder with the fire services when she completed the requirements and successfully passed the exam to become a Relief Driver Operator. In 1998, she was promoted as the 1St female in the emergency services division to become Lieutenant under the leadership and supervision of then Captain Willie Owens.  Ms. Brocks still kept striving in her professional career as the first female in the emergency services division to become Captain.  In 2010, she became the first female District Chief which she held for 8 years. In March of 2018, District Chief Brocks was appointed to Division Fire Chief of the Emergency Service Division under the leadership of Fire Chief Willie Owens.