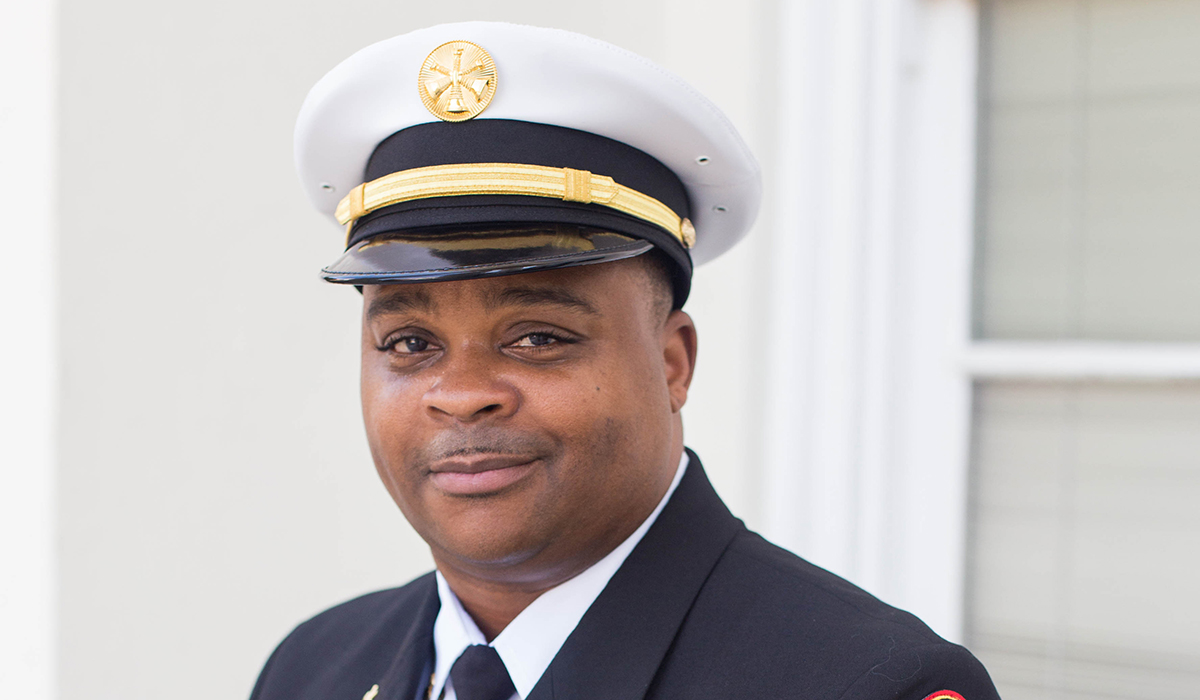 Division Chief Carlos Jones is a 23-year veteran of the Jackson Fire Department. He is a native of Jackson, MS and attended Murrah High School.

In 1991, he entered the U.S. Navy becoming a firefighter during his tenure. He brought an overabundance of experience and critical thinking skills as a military firefighter to the Jackson Fire Department in July of 1997. In 1998, he entered the Fire Technology program at Jackson State University and continued to attain certifications such as Strategic Planning, High-Rise Fire Training, Chemistry of HazMat, and Rope Rescue Operations from agencies such as FEMA and the MS State Fire Academy.

Since then he has excelled in the ranks as a Firefighter II, Relief Driver Operator, Lieutenant, and Captain.

He currently serves as Division Fire Chief of Emergency Services where he manages three districts that include 28 apparatuses, 21 fire stations, and 290 firefighters.

Division Chief Carlos Jones was recognized as one of the 2017 MS Business Journal’s Health Care Heroes and embraces this honor proudly.